Recommend this page on:

Rev. Dr. Thomas L. Heren was born in Pekin, IL on July 27, 1963, and grew up in the country south of Pekin.  He attended Green Valley High School and graduated in 1981.  Upon graduation from high school, he attended Illinois Central College and graduated in 1983 with an Associate Degree in Electronics Technology.  After graduating, he joined the United States Air Force as an electronic/cryptographic technician and served at Andrews Air Force Base in Washington DC, Hellenikon Air Base in Athens, Greece and Columbus Air Force Base in Columbus, MS.

After serving four years in the U.S. Air Force, Pastor Heren worked at Caterpillar Inc. in the electronics lab at the Tech Center in Mossville, IL.  After three years at Caterpillar, he went back to school full-time at Concordia University in River Forest, IL and finished his Bachelor’s Degree in Education with the Director of Christian Education certification in 1998.  Upon completion of his bachelor’s degree, he served as Director of Christian Education and Youth at Zion Lutheran Church in Marengo, IL.

Pastor Heren and his wife, Trudy, have been married for 31 years. They have three children, Kaitlyn who she lives with her husband, Andrew Sell and their three children.  Their youngest daughter, Kassandra, is currently in the Physician Assistant program at Southern Illinois University in Carbondale. Their son, Daniel, is serving in the United States Army and is currently stationed in the Washington D.C. area where he lives with his wife Jamie and their daughter.

Vicar Alex Goodwin was born in Valparaiso, IN on December 17, 1995, preventing his mother from attending his father's college graduation. He has grown up in various places around the country as his father attended seminary and served as a pastor. He was accompanied on these journeys by his older sisters, and was joined by six younger siblings along the way. He then moved away from his loving parents in Rochester, NY, to attended Concordia University Nebraska. He graduated from CUNE in 2018 with a B.S. in Physics and has since been attending Concordia Seminary St. Louis.

Alex met his wife, Esther, at Concordia Nebraska at the end of their freshman year. They started dating the following February and were married July 6, 2018. They are enjoying the arrival of their first child, Malachi.

Abigail (Abby) Wiemer grew up in many different states. Her father is an LCMS principal for over 35 years. He and his wife Cathy moved around with their six children to many different places. Abby attended Concordia University Chicago (River Forest/Concordia’s Teacher College). Entering into the Director of Christian Education program in 2009. She finished her degree in 2014.

When she graduated, she served as a DCE at Immanuel Lutheran Church and School in Palatine, IL. She served there on her internship and took her first Call. After less then a year God Called Abby and her husband to Springfield, IL. Abby was a director/teacher of a preschool for three years at Good Shepherd in Rochester, IL. She was a teacher’s aide and an afterschool program associate for 1st-8th graders for three years. She was a Sunday School teacher for five years, sang in the choir, and played bells. For the past year she worked as the 6th grade religion teacher and Crossroads Coordinator for Our Savior’s Lutheran Church and School. In her spare time, she brought four of her favorite things together…Jesus, coffee, ice cream, and people. She did all of this at a local coffee/ice cream shop in Chatham, IL where she lived.

John and Abby have been married since 2014. They met in college Abby’s first year and have been together ever since. John is an actuary at Pekin Insurance and is in the process of studying for his actuarial exams. John and Abby love to eat ice cream together, take walks, and love to eat! They are excited to be at Our Savior and be a part of the awesome ministry He is doing!

Keri is a classically trained pianist, guitarist, vocalist, songwriter, and choral director. She received her Bachelor of Arts degree from Moody Bible Institute, and has a Master's Degree in Human Services with an emphasis in Non-Profit Leadership.

Keri’s favorite music genre is worship.  Her favorite artists are Misty Edwards, Jesus Culture, Kari Jobe and Hillsong.  One of her favorite songs right now is "The Great I Am."  A portion of the lyrics and music just resonates within her.  The lyrics state: "The mountains shake before You! The Demons run and flee, at the name King of Majesty!  There is no power in hell, or any who can stand, before the power and the presence of the great I AM."  The imagery in this lyric is so powerful and reminds Keri of the authority she has in Christ Jesus over the powers of darkness and anything that comes against the Kingdom of God.

Gary Riggs  joined the Our Savior staff as Business Manager in 2019.

Gary and his family reside in Tremont, IL.

Heather received a Bachelor's in Social Work from Illinois State University in 1999. She was practicing Social Work up until 2006 when she decided to become a stay-at-home mom.  Once her youngest went to Preschool, she was looking for more ways to serve God.  God answered her prayers and she was hired at Our Savior as the Church Secretary in May 2016.

Heather's favorite Bible passage is Romans 5:3-5 "Not only that, but we rejoice in our sufferings, knowing that suffering produces endurance, and endurance produces character, and character produces hope, and hope does not put us to shame, because God's love has been poured into our hearts through the Holy Spirit who has been given to us.

Heather resides in Washington with her husband and 4 children.

Laura  has been a longtime resident of Washington, IL and graduated from WCHS in 1997.  She earned a bachelor’s degree in Elementary Education from Eureka college and has experience teaching at Lincoln Grade School. In her time at LGS, she had the opportunity to work with a variety of ages, including Early Childhood.  Laura lives in Washington with her husband, Shawn, and their three children who are all successful Our Savior Preschool graduates.  She is looking forward to serving God, the church, and the community by helping young children grow academically, socially, and spiritually. 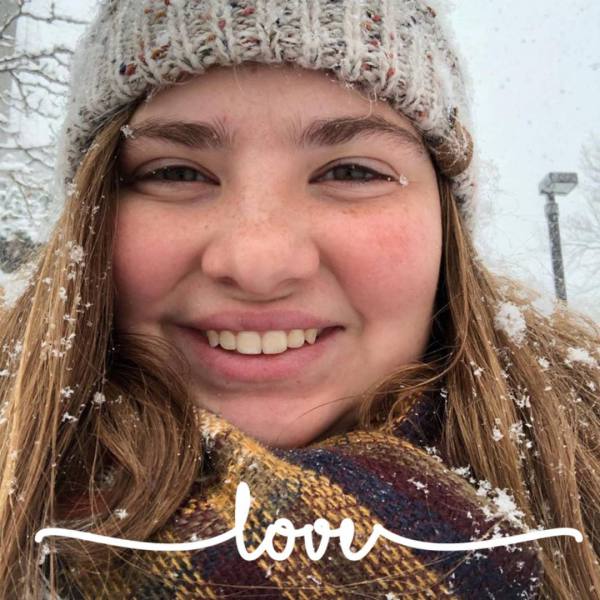 Madison joined the Our Savior Preschool team in September 2020.

Carol joined the Our Savior Preschool team in September 2020.